I've had some cracking cocktails this week. On Monday after work I met a pal for drinks at a bar called Bochinche where the barman made me my new favourite: blackberry, rasberry, chilli, lemon juice and gin. They've called it 'The Rowan' which obviously makes it that bit better...

The rest of the week was fairly uneventful but Friday came around nice and quickly, and after a naff day at work I met Phil at Bar Stories on Haji Lane. The bar doesn't have a menu, so you instead ask for your preference in flavour combinations then they work their magic creating something bespoke to each person's taste. The barmen were so attentive to what we wanted and spent ages finessing each cocktail and presenting it beautiful ways. I will definitely be back there again and would recommend to all.


After Bar Stories, we walked a couple minutes to a Japanese restaurant called Box n Sticks which I need to write about so I remember to go back! Box n Sticks is a really casual, authentically Japanese, reasonably priced little restaurant on Kandahar Street. We had sushimi, yakitori, hotate and teriyaki, all washed down with several glasses of umushu, shochu and sparkling sake. We are deliberating whether to fly back over to Japan for Christmas this year, and meals like that make it so bloody tempting!

Aside from eating and drinking, we have had a great weekend of culture and sport. Singapore have an annual Night Festival which was on this weekend around the Bras Basah / Bugis area. We walked along one of the recommended routes, taking in the art displays and cultural performances. There were interactive light displays, drumming bands, men and women on stilts, dragons and giant dinosaurs falling through the air. It was all a little bit surreal.. but incredible. 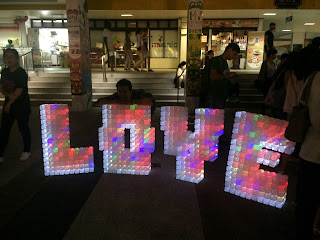 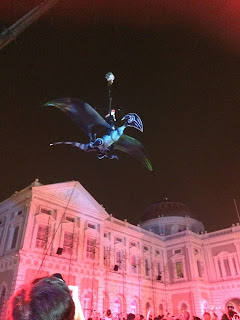 I'm writing the end of this blog post, completely battered and bruised from being thrown around the seat of my little race kart at the KF1 circuit in Kranji. Phil and I spent the day there with a few friends and had such a great time. The karts went to 60Kph which doesn't sound alot, but feels really fast when you're in such a small vehicle so close to the ground. I am chuffed because I was better than I thought I'd be, just paying for a bit now with all the aches and pains! 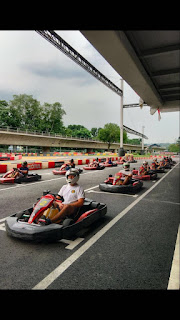 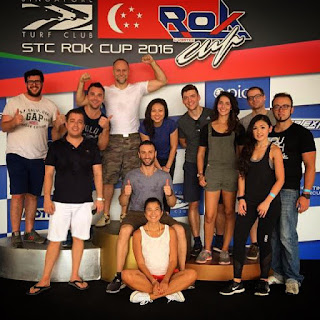 We have just booked tickets to the Singapore F1 in a few weeks time - today definitely got us in the mood. So excited!