Last weekend dragon boating was cancelled because - believe it or not - a crocodile was spotted in the Kallang! As a result, Phil and I spent Saturday watching the new Moana Disney movie at the cinema and trying out all the rides at Universal Studios. Phil's company has hired use of Universal for the evening which meant pretty much no queuing - #winning!

We continued in the same vain on Sunday, hanging out with some pals at LegoLand Malaysia, just one hours drive north over the border of Singapore. Considering most of the rides were aimed at toddlers we still managed to have an amazing time. I won a big cuddly panda, Phil got his face painted and we all screamed our voices hoarse on the rides. The only warning for any other Singapore residents would be to avoid driving back down on Sunday evening. It took us about 4 hours, 3 of which were sat, stationary in traffic. 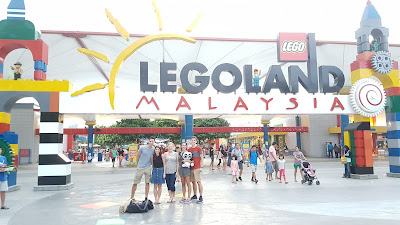 The first is a Gear VR - the new virtual reality headset from Samsung. I can be under the water swimming with sharks, flying in a fighter jet hundreds of meters up, on stage watching the Lion King with Rafiki, or in a haunted house being chased by zombie children. It's awesome. I took it into work last week and suddenly became the coolest kid at school! The other new purchase is even better. Phil and I went to the 'IN Art' exhibition at the Australian High Commission as some of the student's art at my school was being exhibited. Just one look at the mandala piece and I knew I had to have it. Take a look: 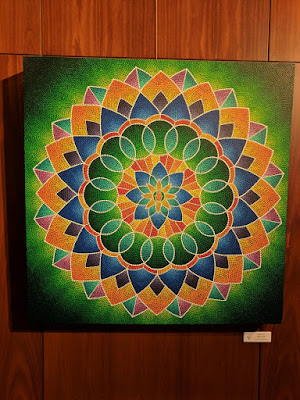 What makes it even better is that this is the first sale the artist has ever made, and I'm so happy that she's one of the students at school. I can't wait to take it home and display it on our wall!

As per, Phil and I have also tried a few new places to fill our bellies so here's a mini review...

Posted by Rowan at 04:02 No comments: Links to this post

My friends are here! Part 2.

As I've been so busy with work I'd neglected to plan activities or outings with my friends when they came to visit. If we were in London I'm sure this would have proved to be a bit of a disaster, but in Singapore - no fear - there is always heaps to do.

If anyone reading this post is expecting visitors and needs a few ideas, please feel free to steal/replicate as we had an awesome few days. 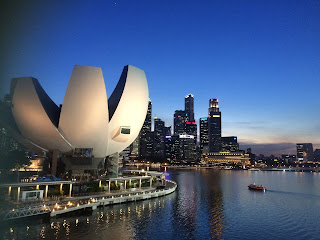 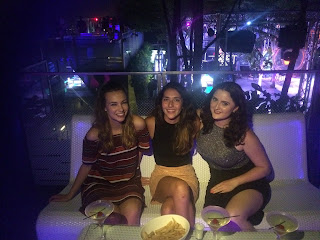 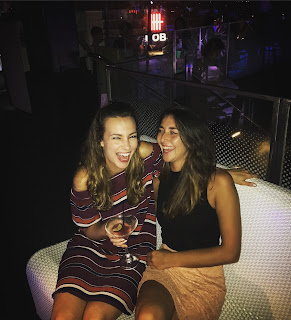 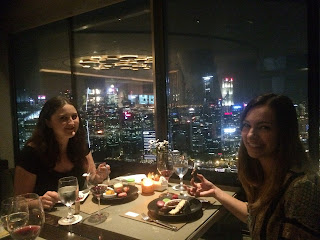 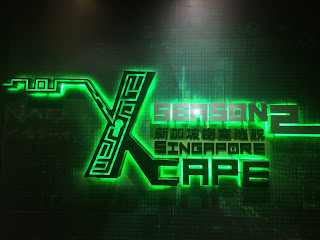 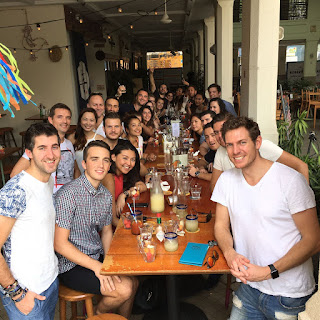 There's so much more to do and they've already promised to come back next year. I'm thrilled they loved Singapore as much as I do. 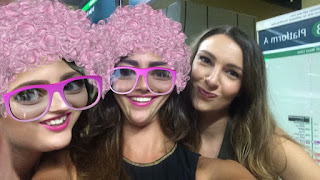 Posted by Rowan at 18:30 No comments: Links to this post

My friends are here! Part 1.

I have had THE best long-weekend in Bali.

I flew over late on Friday night to meet two of my dearest friends from London. We spent the first day taking in the picture-perfect views of the beach from La Lucciola, followed by a long day of tanning and drinking at Potato Head. It was paradise. I don't think I will ever get bored of sun, sea and palm trees. 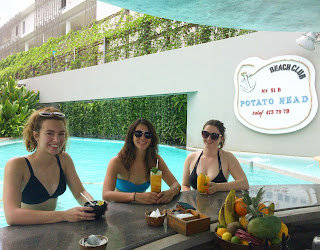 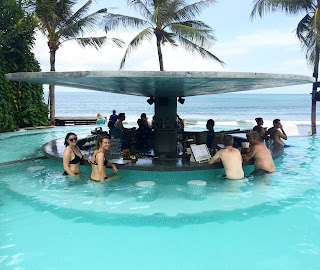 In the evening we spruced up and headed to Motel Mexicola for dinner. I've never been anywhere like it... kind of a split-level, indoor circus/market. It was raining so hard when we got there that water was streaming through a hole in the roof. In minutes the floor was wet up to our ankles, people were dancing on the tables and staff were pouring tequila into our mouths. 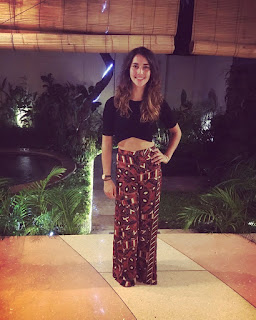 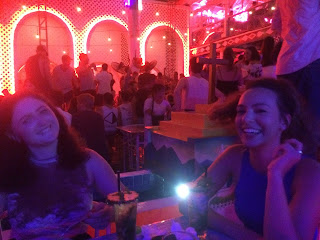 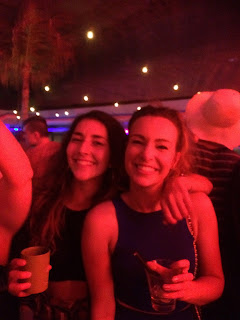 Around midnight the done thing seemed to be for everyone to ditch Mexicola and jump into taxis over to La Favela on the main strip. I can see why. La Favela is a never-ending maze of a place with great music. We met some really cool people and continued on until morning. I don't think my feet have ever been so dirty.

We had pre-planned to go to Uluwatu for days 3 & 4 as I'd heard from a few people that it had breath taking scenery and beaches. They were definitely right about the views. We spent the first day at Uluwatu Temple taking heaps of photos...and just about avoiding the monkeys stealing our sunglasses. 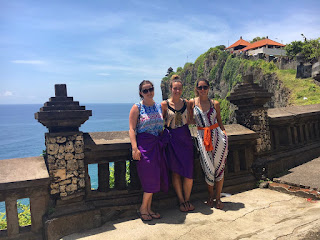 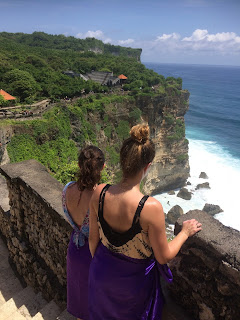 We had booked ourselves in at an amazing villa called The Innpossible on Bingin beach. It was in a fairly remote location which meant we had to climb up and down 200 steps to get there - but it was totally worth it. We had the private penthouse to ourselves which overlooked the never ending-ocean filled with surfers morning, noon and night.

We had dinner and drinks at Single Fin just as the sun was setting over the ocean, before proceeding to have another long night of drinking, chatting rubbish and attempting to get back to our remote villa.

Our last day in Bali was spent at Padang Padang beach (fun fact: this is where they filmed |Eat, Pray Love!). The waves were pretty angry so after two pairs of sunglasses had been lost to the sea we called it a day. 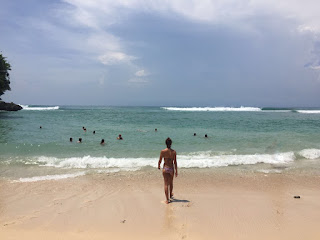 It was then BBQd fish and early bed ready for the early start to fly to Singapore the next day! 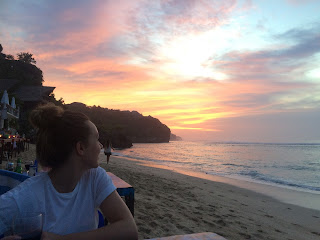 It was such an amazing holiday. One of the best. I was really sad to leave but exciting for my pals to see Singapore... maybe I can convince them to move over here too?!

Posted by Rowan at 15:00 No comments: Links to this post