In my 27 years I have never been on holiday alone, so I utilised some extra lieu days and booked in a three night trip to Ubud in Bali.

Friday
I arrived at Villa Ubud in the afternoon and squeezed in a Yin yoga session before dinner. It was a bit strange eating alone but it appeared that nobody else was staying at the villa. Eager to make the most of my time there I signed up for a hike up Mount Batur, leaving at 2am the next morning. Unfortunately I drank a full pot of green tea after dinner - a huge mistake as before I knew it I was up for the hike without any sleep. Who knew it contained caffeine?

Saturday
I was picked up and driven over to the base for a quick breakfast and to meet the tour group, before beginning the hike up Mount Batur. Two hours of uphill scrabbling, weaving and climbing; getting wet from the clouds and fog and not knowing how far we were from the top. It was a lot more difficult than I thought! My group summited around 5am where we had our second breakfast and quietly froze against the icy wind (top tip: bring a scarf and jacket and not make the same mistake I did).

We kept getting glimpses of the sunrise until the clouds eventually lifted and we were able to see the sun creep up out from behind. IN the end, it was worth the aching legs and cold! 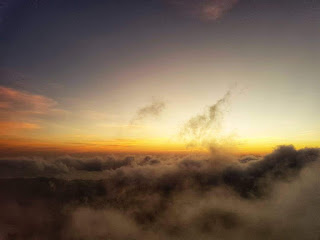 The downhill trek was easier and I was back at Villa Ubud for my third breakfast in no time at all. I've never achieved so much before 9am! I had a massage followed by a second yoga session. It was all I could do to stay up for dinner then fell asleep with my book. Bliss.

Sunday
I had a different yoga instructor who really pushed me. I already feel more flexible. There's something to be said for daily yoga. I might try and get up an hour earlier each morning and fit in a session back in Singapore (I wonder how long that will last..) 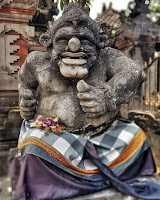 After breakfast I headed into Ubud town centre and shopped, had a pedicure, drank a fresh coconut and wandered aimlessly for a couple of hours. I love the little clothes shops in Bali - such a treat compared to Singapore, and cheap too. It would have been wrong of me not to buy anything ;)

After another yoga sesh I stumbled across an awesome bar called No Mas. It didn't look like much from the front but head through a mini garden path and suddenly there's a pool with beds, deck chairs and little booths all around with vibey music and great cocktails. As Ubud is a fairly quiet town, I'd recommend going there to anyone visiting who fancies a bit of night life.

Monday
My last day and my first yoga session with other humans! Five others in fact. After yoga it was sunbathing, breakfast and off to the airport.

I feel healthier, bendier and more relaxed after the trip... however, I was disappointed that there weren't other yogis to interact with during my stay. It's definitely the kind of retreat for those who are happy with their own company, but for others (like me), I'd recommend a different style of retreat or perhaps bring a pal along for some bants. 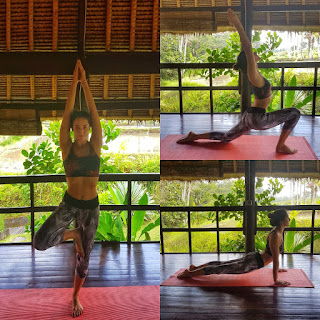