Various Singapore international dragon boat teams joined forces as the 'Singapore Barabarians' in the 11th Boracay International Dragon Boat festival, racing against 35 other teams from across the world over a long-weekend in paradise.

Although we paddled alongside other DB teams most weekends in Singapore, the teams never really interact much. One of the reasons why BIDBF was so incredible was that we had the opportunity to get to know loads of new people from the British, American Dragons, AustCham and the Spanish Armada teams.

As is now tradition, the opening ceremony takes the format of a sort of talent contest, with teams performing a choreographed dance on stage. There's no obligation to participate but of course Phil and I were got stuck in, and consequently found ourselves dancing around with coconuts and being launched into the air with a Filipino flag in front of hundreds of people on the first night. The whole experience from practising after work before the trip, through until the performance itself was so much fun and the effort paid off when we were ultimately crowned first place! 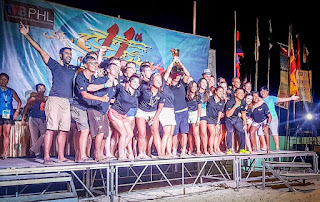 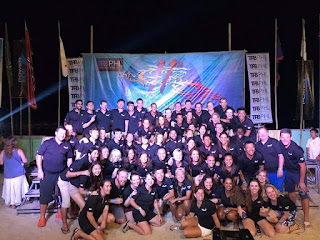 We weren't needed for training until lunchtime the next day so we managed to squeeze in a dive with a few other DBers. We did a 28m plane wreck and reef dive which was pretty cool then raced over for a quick test paddle with the rest of the team. 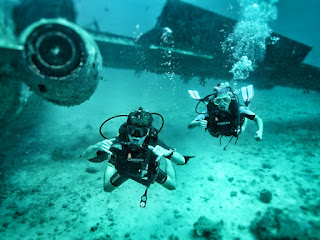 The next day was race day. Up before the sun and on the beach getting nervous for the first 500m heat. I was put up front as pacer for a couple of races and also drummed in another which was a great experience...but also quite scary feeling like I was about to be thrown off the front of the boat by the force of the paddlers!

Paddling in the sea is incomparable to our regular mirky Kallang river training. All the teams were out in the shallows cheering the racers, the sun was shining and the sea was crystal clear. Everytime a wave came in the boats were at risk of capsizing and I'm pretty sure it happened to the Singapore Barbarians more than any other team! 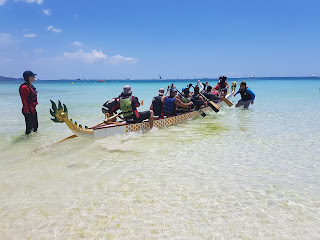 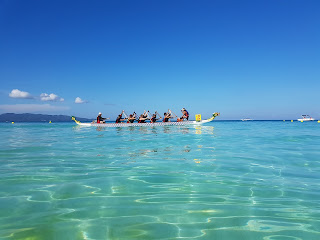 The second day was 250m race day and a hell of a lot easier and quicker than day one at 500m. The mens and mixed boats didn't place but some of the women brought in some medals. 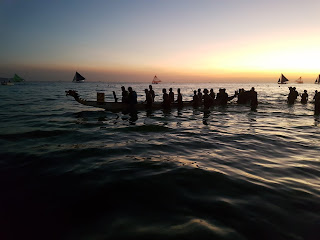 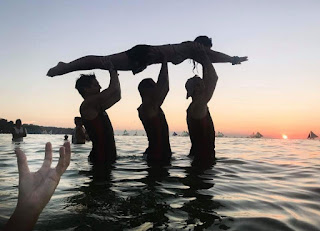 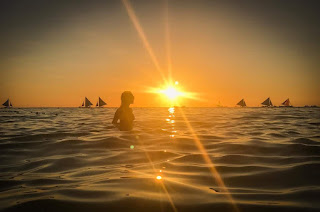 The whole weekend was fantastic. We ate like kings with fresh meat and fish from the market (thanks to our Filipino Captain) and partied till the wee hours every evening. The locals, the other DB teams, the ocean, beach and food made my time there feel like paradise! 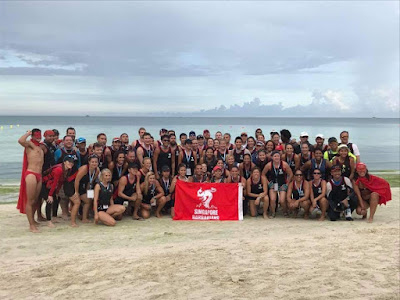