There was no work for me again this week as STILL awaiting my background check to come through. So, on Monday I headed over to Haji Lane and Arab Street for another blind friend-date (this time a friend of a second cousin who had put us in touch). It was so much fun and we've already planned a group trip out to LegoLand in neighbouring Malaysia in a couple of weekends time!

Haji/Arab is such a great area with lots of little artisan shops, fantastic street art and cute little cafes and bars. We ate at a little place called The Hangar which was really tasty, I then wondered up and down the two streets marveling at all the art. 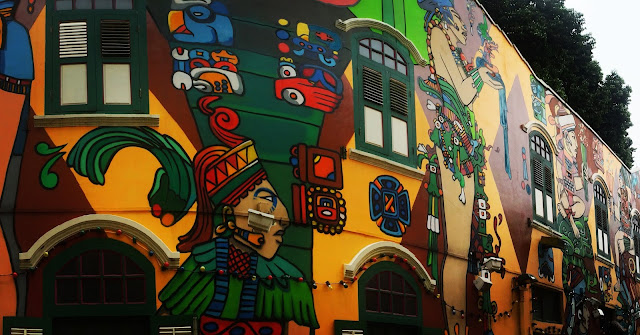 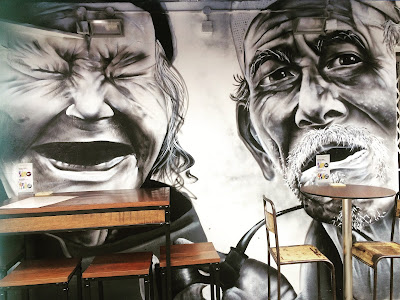 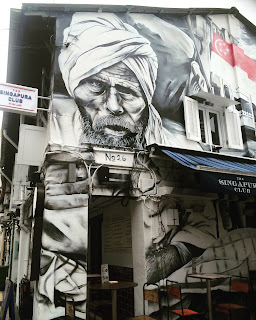 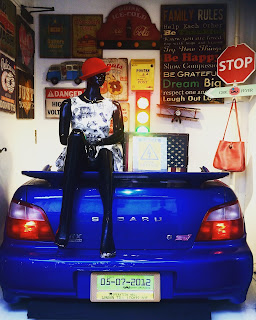 Inspired by the street art and not being able to go exploring in the sunshine due to the naff weather this week - I've spent a couple of mornings sitting down with a paintbrush and paper. I've never been much of an artist, but I've loved painting this last week so will hopefully do some more on the next rainy day. 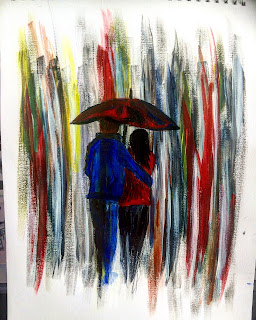 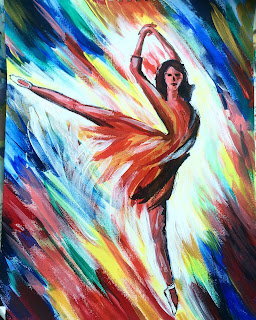 Phil's brother has also been over visiting for part of this week so on one of the rainier days, he and I popped into the National Museum of Singapore to learn about the island's history. It was well-worth the visit as the exhibits take you right back to when the 'Kingdom of Singapura' first rose to importance as a major port city in the 1300s, followed by the 'Founding of Singapore' by Tom Raffles in the 1800s, then through to the grim Japanese take-over during WWII, the post-war struggle for independence, and finally the massive economic growth the country is seeing now. Singapore will be celebrating 51 years of independence in two weeks time. It is crazy to think how much this country has grown and developed in such a short time.

We continued being tourists the following day and headed down to Singapore's ArtScience Museum on the bayfront. One of the exhibitions - Future World - had an installation called Graffiti Nature whereby you draw a picture and you watch it come to life in front of you in a weird hand-drawn world. Being around 20 years older than the others taking part in the installation, we probably shouldn't have loved it as much as we did, but there you go.

There was also a trippy light installation which we stared at for ages. 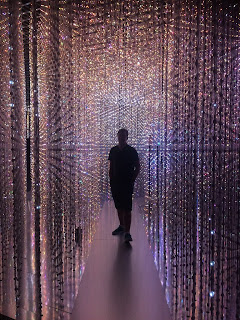 Once we had managed to draw our eyes away from the lights, we walked over to Raffle's Long Bar for some Singapore Slings - demolishing a full bag of peanuts at the same time. (Fun fact: Raffle's Long Bar is the only place in the whole of Singapore where littering is permitted so you can throw all your peanut shells on the floor without feeling guilty).

We wanted to show Phil's brother the river at night as it's so pretty, so after Raffles we wondered over to grab some food at Octapas tapas bar on Clarke Quay. The whole strip along Clarke Quay is always buzzing in the evening as it is made up of numerous al-fresco bars and restaurants on both sides of the river. Most of them have a live band playing from about 8pm so it's a great place to go for a sociable evening out. I really want to go back and eat at Little Saigon, not only because I love Vietnamese food, but they also have a delicious looking Hanoi Martini on their menu!

Phil and I are spending a couple of nights at an Indonesian island called Bintan this weekend to celebrate my birthday. It's only one hour's ferry ride away and costs just $60 SGD each - I just love how easy it is to travel around from Singapore!
Posted by Rowan at 22:44