Gong xi fa cai - which means two days extra leave in my world. Thank you lunar new year for allowing me to go on another holiday! 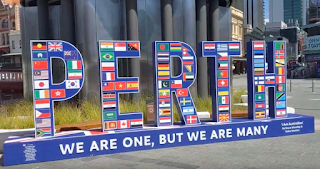 First impressions of Perth - clean, friendly, chilled. We stayed in North Bridge, at a place called Alex Hotel. It was decked out with scandi style furnishings, had a lovely roof garden breakfast/chill out area.

We spent the first day ambling around the city and did well out of Perth's various clothes shops (which are so much better than Singapore). It was warm, but not sticky like Singapore. Made a change walking around without the familiar feeling of sweat dripping!

I'd heard there's not much to do in Perth usually, but lucky for us the Fringe festival was running while as were there, showcasing musicians, dancers, comedians and a sorts of other acts. We bought tickets to see two acts later that evening - a hypnotist and some kind of bizarre cabaret.

There's a great little restaurant opposite Alex Hotel called Bivouac. Good cocktails. Great food. Especially if you find yourself in newfound vegetarian land like me..

After dinner it was Matt Hale the hypnotist who was incredible. Unfortunately I wasn't able to be hypnotised (not through lack of trying) but it was LOL hilarity watching the others all dance or speak whale to one another on stage. Highly recommend! 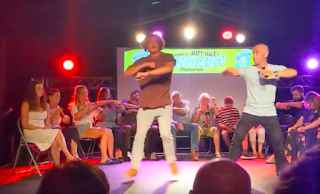 Straight after it was El Bizzaro - a bit of burlesque, a bit of nudity and a bit of self-mutilation. I thought it was pretty out there when a guy pushed needles through his cheeks and arms, but then a woman put a sword down her throat and another attached stirrups to rings on a man's back skin and rode him like a horse! Some other things involving his balls + a tube happened which will be engrained on my retinas forever and is just too gross to write here.

To try and forget what we had just witnessed, we found a bar with some live music and proceeded to drink and dance the night away. I can't remember where we went, but aussies sure know how to have a good time!

Despite a raging hangover, we managed to get up and have a look around Fremantle the next day. It's a pretty little town which boasts the 'roundhouse' - apparently the oldest building in Western Australia.

Something I noticed about Aus, is that almost all women have colourful tattoos on their arms. It looks awesome. Kinda makes me want one... Although the whole 'what do I get that I won't hate in 10 years?' question always holds me back.

We drove down south along the coast towards Margaret River. Along the way we found ourselves in Bussleton. Now Bussleton is world renowned for its pier, which is the longest in the southern hemisphere and the second longest in the world. Pretty amazing eh.

No I didn't think so either.. but it's brilliant that Bussleton have managed to make a whole tourist attraction from a pier. But we had a good time, catching the little train there and back and spotting some dolphins out at sea along the way. 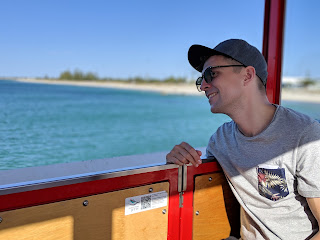 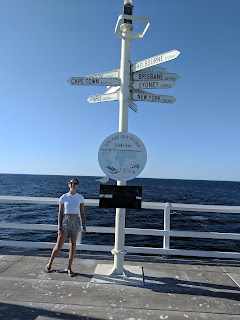 Something which surprised me was that as soon as the sun goes down, it gets cold. I didn't expect that at all, but I guess I makes sense as the air is so dry, so there's no moisture to retain any heat.

We had booked an air BnB in Prevally, owned by a gorgeous Aussie/English couple, Rob and Sue, who were super friendly. It was difficult not to be over-familiar with Rob, who was the spit of Phil's Dad. Their home was lovely too with a large deck overlooking the ocean. Something I love about air BnB in general is the personal touch. Rob and Sue were able to recommend lots of places for us to go and made us feel so welcome.

Rob also told us about the history of Prevally which was rather interesting.... An Aussie chap was fighting in Crete in WWII and sought safety at an old monastery in a town called Prevally. The Nazis left them alone as they didn't want to attack the monks which meant our Aussie friend got out safely, picked up by an English submarine. When he returned to Australia, he built the town of Prevally in honour of the Greek monks and sent the monastery money over the years.

Although I'm not sure Prevally can be classed as a town as it has just one shop and one cafe, both of which close by 8pm. Although this was kind of perfect for me who'd been dreaming of sleep all day.

We booked an all-day wine tour with Margaret River Wine Tours the following day and were picked up by Matt, the most Aussie person I've ever met. We were the only people on the tour for the morning so had a personal experience and tasted all sorts of wine from cellar doors in the area. 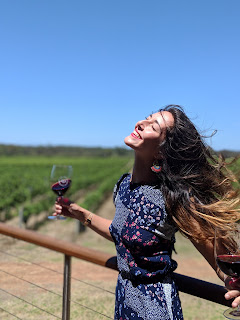 I would recommend the tour company, but wouldn't advise on an all-day tour - I couldn't hack more wine after lunch so the afternoon was a little wasted on me.

We were back in time to watch the sunset at Surfers Point, watching the windsurfers doing crazy jumps and bracing ourselves against the wind. With a cloudless sky, the sunset was all sorts of gold and made everything around look beautiful. 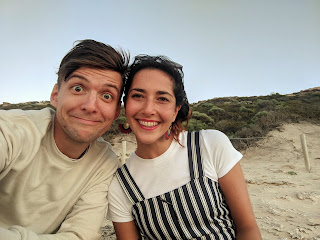 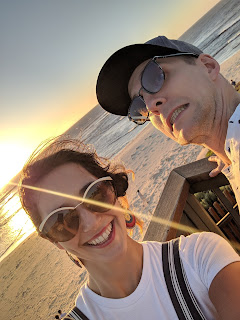 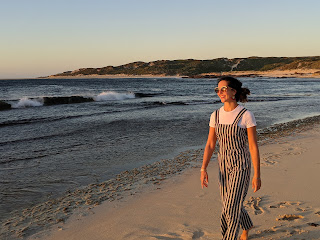 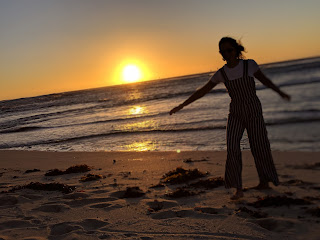 Saturday and our last full day on holiday. We booked a little coasteering experience with a guy called Cam on air BnB experiences. A little tamer than I had hoped, but still good fun climbing over rocks and taking leaps of faith into the foamy ocean below. Cam used to be involved in air rescue and told us a few stories about the shark attacks in the area. He also chose to tell us about the deadly blue ringed octopus that are found in the water where we swimming, just as we jumped in.

Once we finished, Cam recommended we drive over to Hamelin Bay to see sting rays, and being my favourite animal, I didn't need telling twice. We headed straight there and OH MY... Jaw dropping scenes. 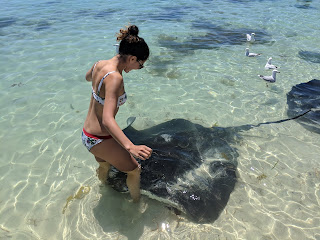 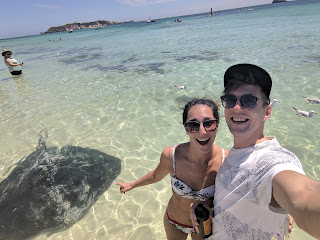 There are lots of caves to explore in Margaret River, all along  the aptly named Caves Road. We chose to check out Mammoth Cave as it's self-guided, whereas some of the others you have to wait until a tour group is ready. Mammoth was interesting and bloody enormous (hence the name). The part I found most interesting was the fossils they had found of animals from millions of years ago, which were wiped out when the first humans arrived - we really are shit sometimes. 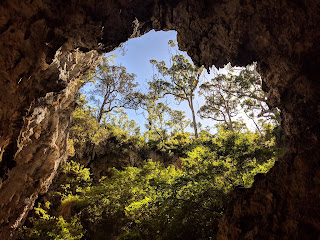 We had dinner on Margaret River high street, mainly to suss out the area. Dinner was delicious, but there really isn't much down that way. I would suggest doing what we did and staying somewhere near the ocean rather than in the centre. If you hire a car it's easy enough to get everywhere.

Initially we had planned to get up at sunrise and drive back to Fremantle, catch a ferry to Rottnest Island, meet some friendly quokers, and be back in time for our flight. Thankfully, our air BnB host warned us against this as we hadn't thought about how long it would take.  Recommendation to others - give yourself a full day/ overnight at Rottnest as the ferry is a couple of hours each way.

Instead of Rottnest, we rented a kayak and SUP from River Mouth and headed up the Margaret River. I've never seen anything quite like it - the river one one side and the ocean on the other. I'm so glad we got there, it was bloody beautiful. 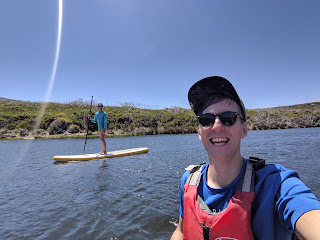 Before driving back to the airport we took a little detour to Eagle Bay. Lunch at Wise Wine was delicious and the view overlooking the vineyard and the ocean wasn't too shabby either. 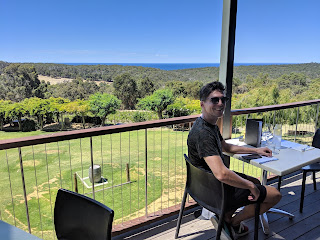 Before this trip I thought nothing could beat Victoria or Sydney. I have to say, Western Australia has blown me away! It's not too far from Singapore, so hopefully we'll be back again soon. 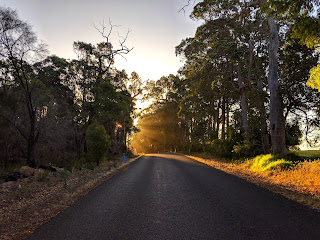