Phil I were in Japan together just over two years ago in December 2016. It was one of the most incredible holidays, so I had high hopes for our return this year.

We arrived at lunchtime for sushi and a wander around Harajuku, we then headed to Shinjuku for another delicious meal at a tiny teppanyaki restaurant called Teshu (or something similar). We sat along the bar and had the chef serve us wagyu sashimi, grilled seafood, beef and veggies, all cooked in front of us and absolutely delicious. 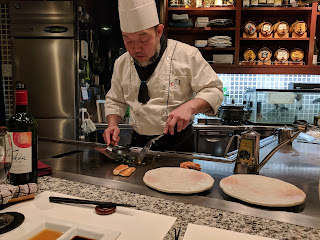 We ended the night at the famous New York bar at the Park Hyatt: Drinking cocktails, listening to a live jazz, and pretending we were Bill and Scarlett... 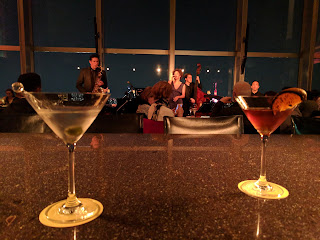 I felt pretty rough the following day so slept a lot whilst Phil watched the Tokyo marathon runners outside our hotel. We then headed to the samurai museum and met a couple of friends at a strange immersive restaurant called Alcatraz E.R in the evening.. Only in Japan. 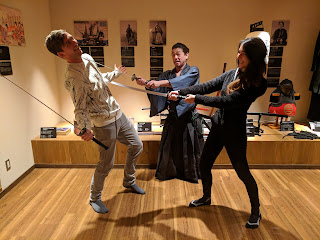 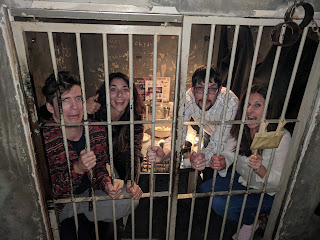 Thankfully I felt alot better the next day for our trip to Nikko, Okunikko and Utsonamya. Nikko is where the Shogun shrines are and a place of tranquil beauty. Okunikko is a little further up in the mountains. It was freezing cold but amazing to see the huge icy waterfall and watch the sun set over the sulphur lake. 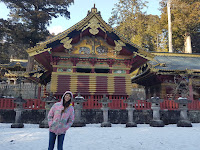 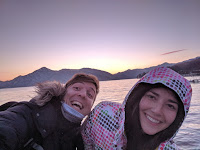 On the way back to Toyko we stopped in Utsonamya which is where Phil lived a couple of years ago. We ate at a famous gyoza restaurant, had a night-cap at a cute little bar and wandered through the miniature golden gai. I thought Utsonamya would be a quiet, sleepy town, but it had so much character and I can see why Phil loved living there so much.

The next day was Tuesday and our travel day to Hokkaido where we spent the remainder of our trip. We flew into Sapporo then took a scenic 3 hour bus ride into Niseko. I have never seen so much snow! The roads had been cleared to leave huge walls on either side  which must have been 10ft high.

Our pal had picked an awesome apartment for us all in Hirafu village, right next to the gondola. It was called Landmark View and I'd recommend anyone to stay there. We had dinner at a cute little bar called Big Foot and got into bed like excited children ready for skiing the next morning. 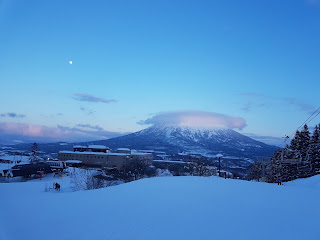 We got up early, tested our ski legs and sped up and down the mountains until the evening, stopping only to meet our two other pals who arrived at lunchtime to join us. 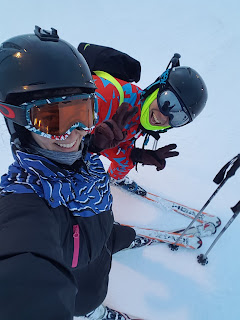 No research had been done about where to go in the evening so we were lucky to stumble upon a secret little place called Buddha Bar which was practically invisible from the outside. We ate a lot of gyoza and met a fun Aussie who insisted on doing everything backwards, because, that's what Aussies do right?!

Shitty weather hit us the next day so we were in limbo for a while until we learnt about some runs open in Hanazono around the side of the mountain. Phil and I accidentally skied down a black off-piste run which was terrifying but also a bit of a proud moment for us.

We all went to an onsen in the early evening to boil ourselves. They split the males and females and stipulate for everyone to be nude - a weird concept for us straight-laced Brits, especially sitting on a tiny stool afterwards to wash ourselves. Fun though and definitely helped the aches and pains.

We found another izakaya (a joint serving Japanese tapas) and met three lovely Aussie guys who we went onto Bar GYU+ with. A night of drinking, jumping into walls of ice and snowball fights ensued until sunrise... 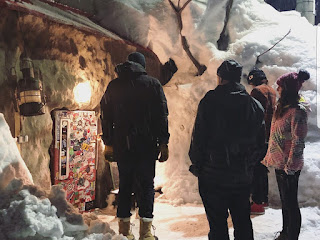 Not much to comment on the next day as we nursed our hangovers and ate ramen but we were thankfully back on the slopes for our final day as weather has cleared up. I'm a bit of an idiot though... I kamikaze skied again and managed to injure my knee and tear by calf muscle which meant a few trips to the hospital when we'd landed back in Singapore. 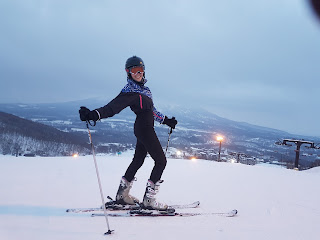 If I had to describe Japan in three words I would say it was beautiful, weird and wonderful. Despite the sickness and injury, it was an excellent trip and I'm sure we will return for skiing again next year.
Posted by Rowan at 00:21