A little hungover after the wine and cocktails at MBS the night before, we took a dip in the infinity pool in the morning to wake ourselves up then explored the Gardens by the Bay together.

We spent pretty much a full day wandering through the Cloud Forest, the Flower Dome, the Dragonfly and Kingfisher Lakes and were completely awe-struck by the towering, vertical gardens of Supertree Grove. For a small fee you can walk along the OCBC skyway and, although it's a little surreal to be 50m up a giant man-made tree, the views right across Marina Bay Sands are well worth it.

Both Phil and I have been thinking about the kind of things we want to do here to make meet people, make new friends and also have some fun. He is keen to join a football team and I've been thinking about joining an AmDram group. By chance, one of the larger AmDram groups called Stage Club were showing a performance of the History Boys the following evening so we booked tickets and headed along to the KC Arts Centre.


The show was so fantastic, didn't feel like they were amateurs at all really and the theatre was packed out. I am going to express my interest for being part of their next production - fingers crossed!

After the History Boys we headed to 1 Altitude at Raffles Place to meet Phoebe and her colleagues. I feel like a broken record as I'm aware I'm saying how fantastic everything is, but.. wow.. 1 Altitude was incredible. It's an open air, 365 degree club on the 63rd floor which makes even Marina Bay Sands Hotel look tiny. We all had such a fun night of drinking and dancing until we could drink or dance no more. 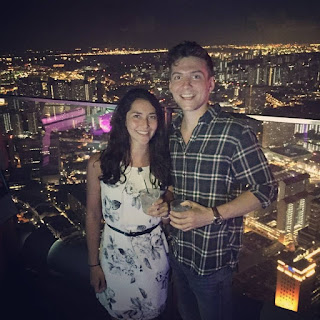 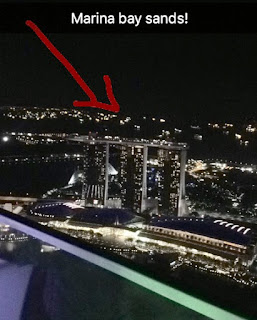 We woke up to another hangover and our final day in Singapore before heading onto Thailand for a two week holiday.

A couple of friends, Amy and Matt, were in Singapore on holiday so we met for a delicious dinner at a tapas-style Indian restaurant called Coriander Leaf in Chijmes.  We then headed around the corner to Raffles Long Bar for a Singapore Sling, because, why not.

Knowing the four of us were cheese-fiends I had booked a table at Club 55 in Tower 1 of Marina Bay Sands Hotel. In case you were wondering, Club 55 is an all-you-can-eat chocolate and cheese paradise. They had everything you could want so we filled our bellies again until we couldn't move. 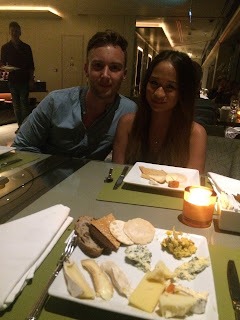 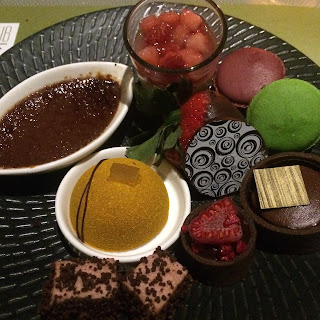 It was so great to be able to see Amy and Matt whilst we were in Singapore and they loved it so much they have already said they want to visit again later in the year - yay!